Here we are at the middle of the week already.  I hope you are having a good one!

Continuing to share about our recent trip, today's post is about the Powhatan village we viewed in Jamestown.

The Powhatan were not nomadic, so their homes were not portable as a tepee would be.  These were planned to be permanently located.

The following pictures show other views of the village. 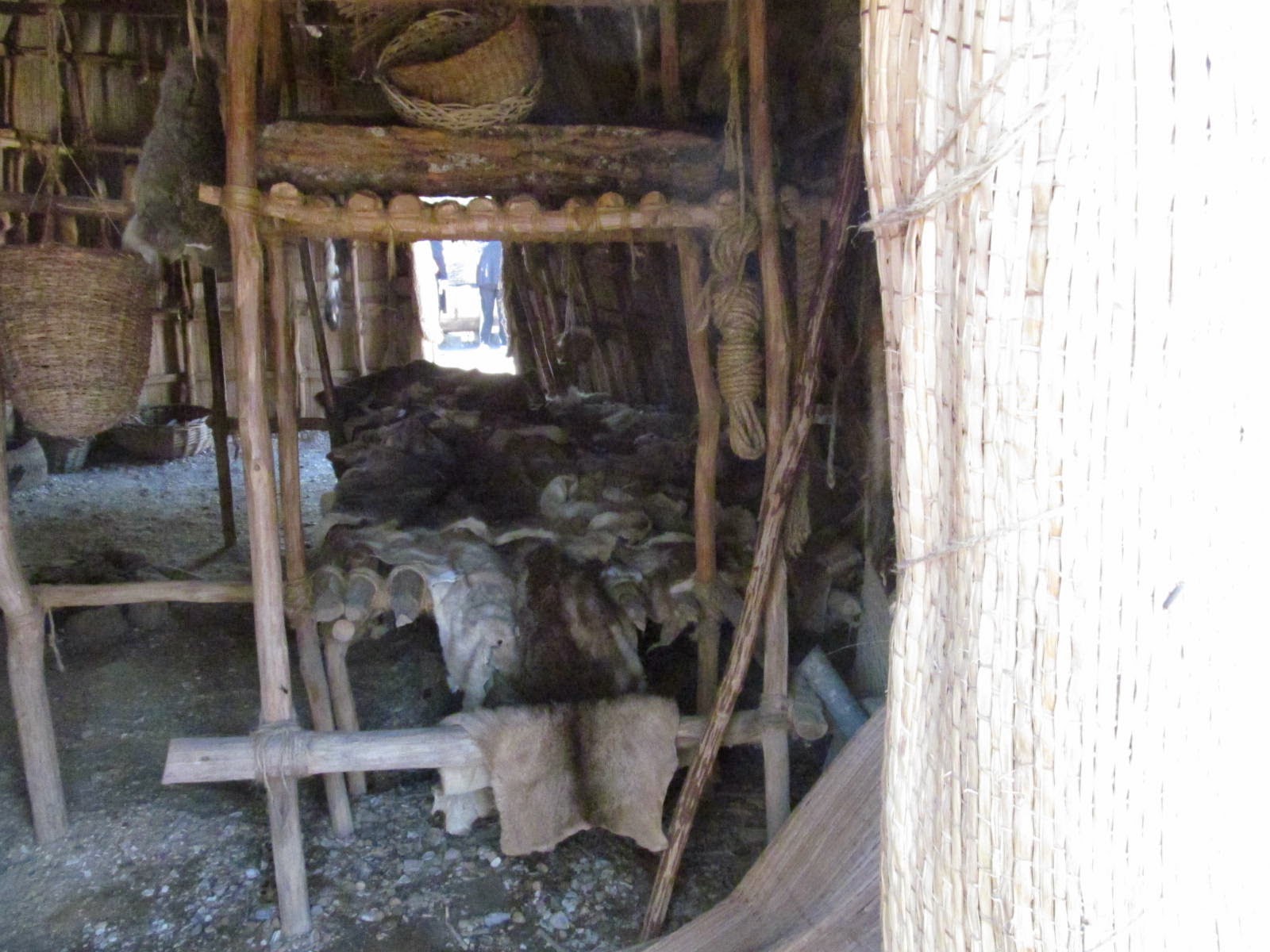 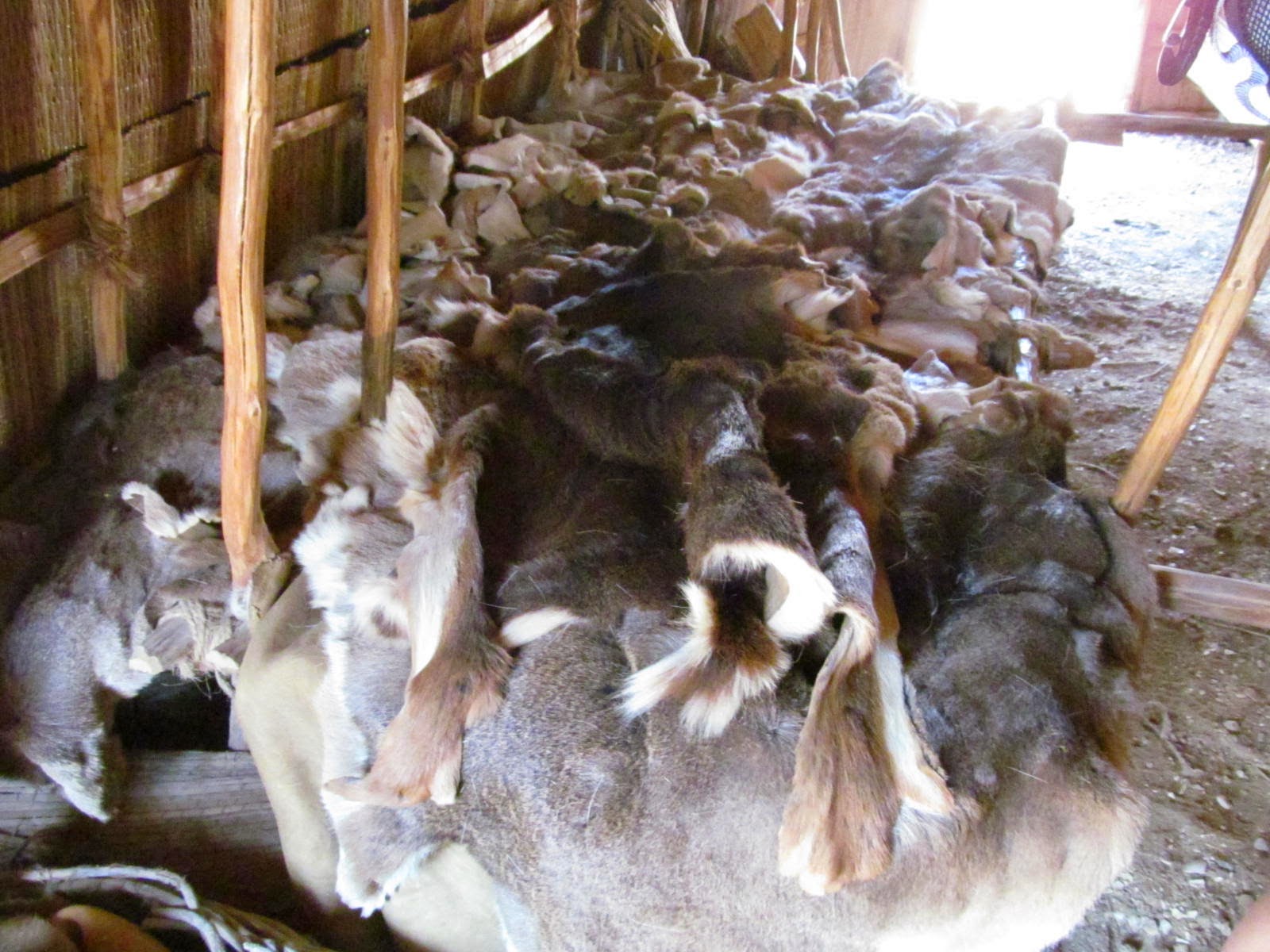 These pictures show the interiors of other dwellings.  These skins were on the frames that served as beds.  Handmade baskets are visible in the top picture. 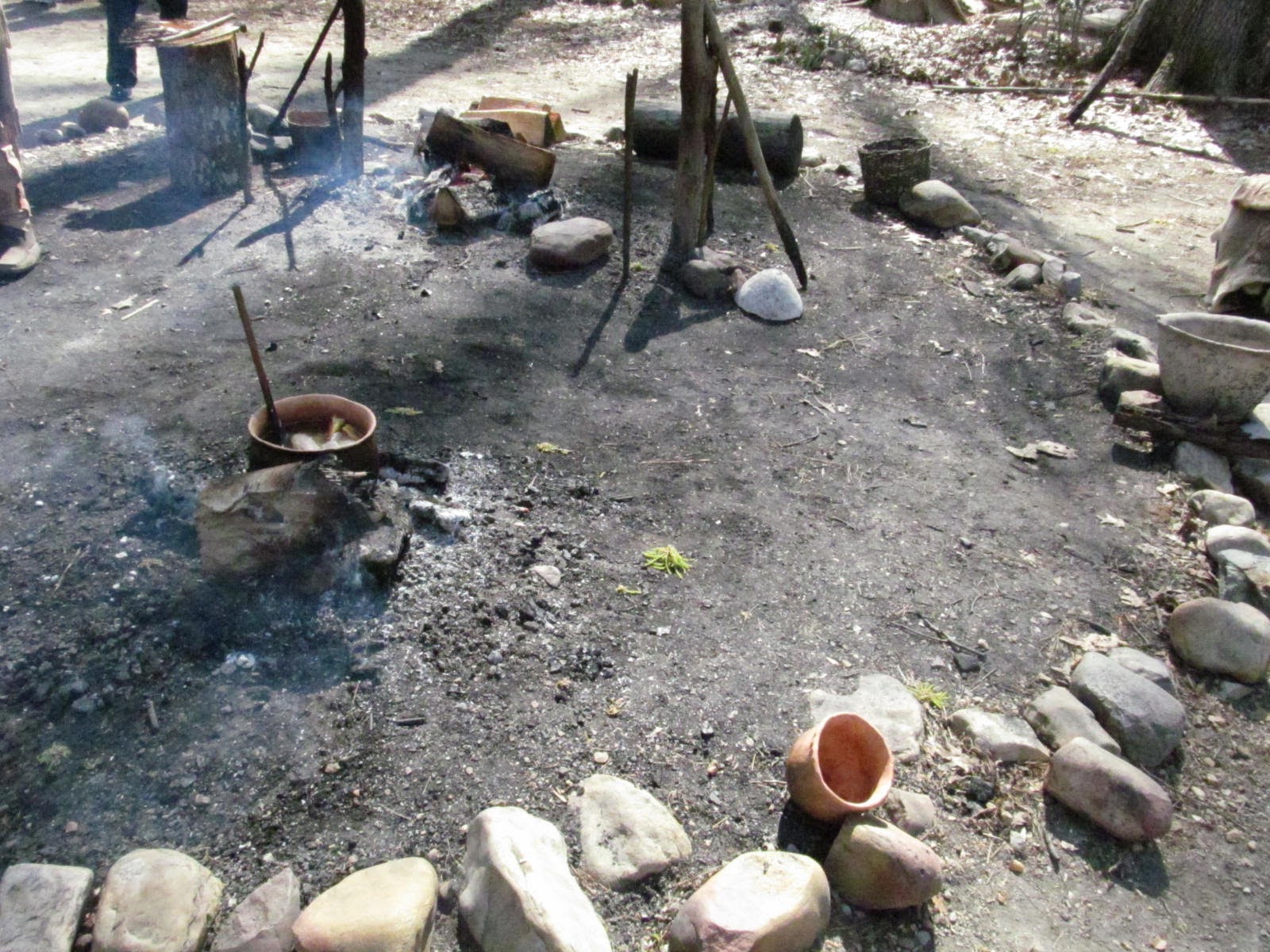 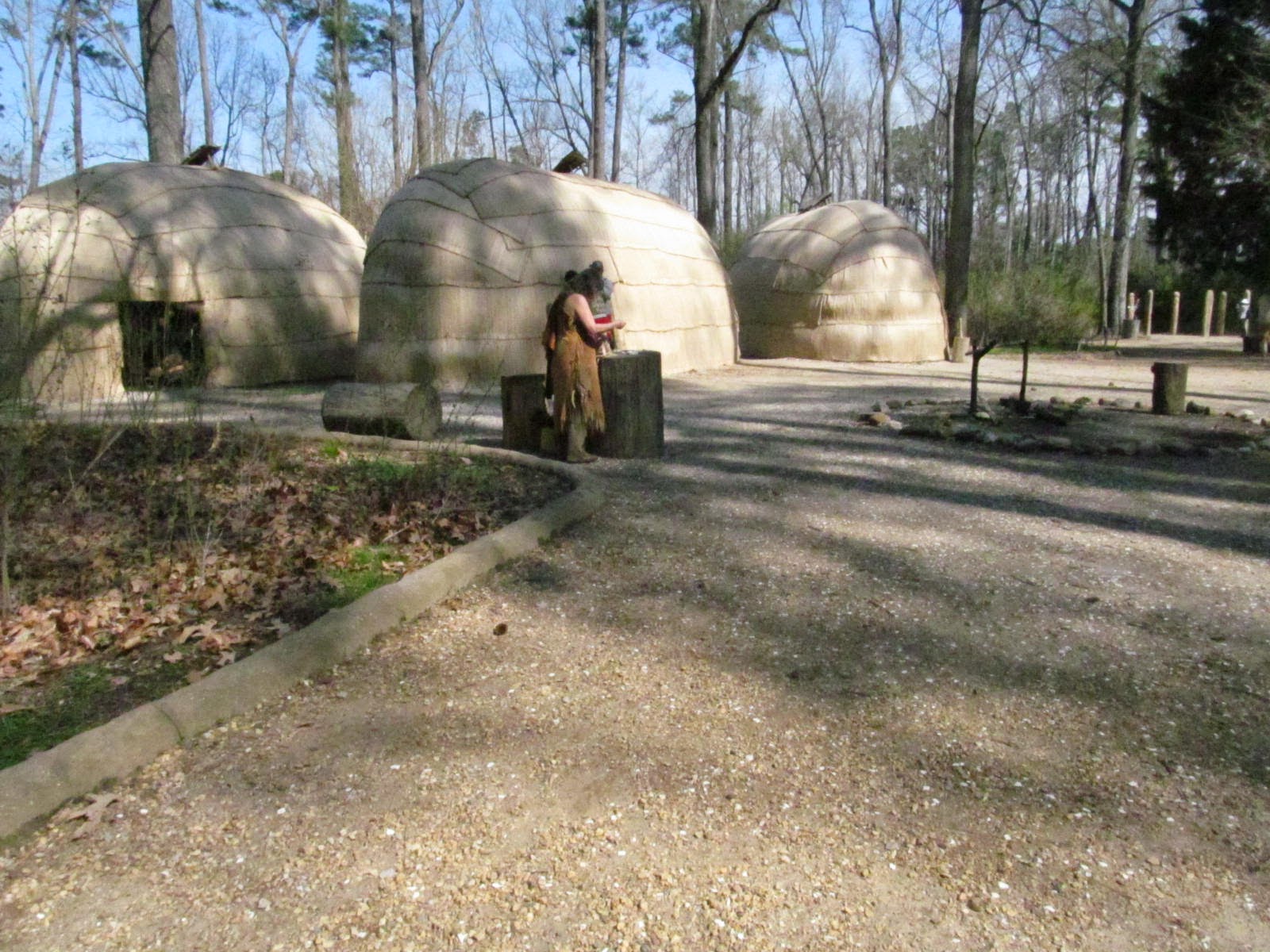 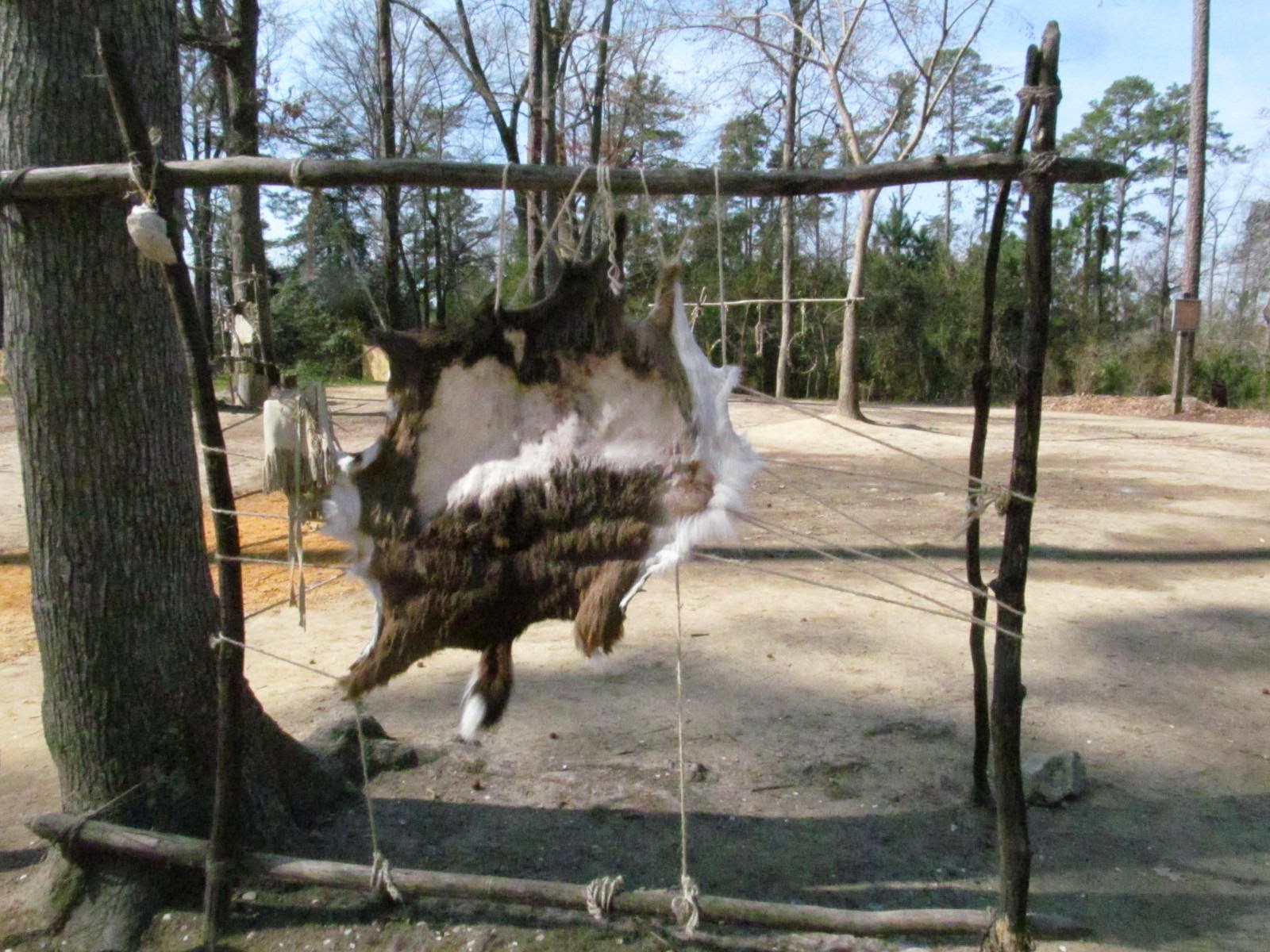 These three pictures show other views in the village.

The Powhatan used cypress trees for forming their canoes for the river.  There were, of course, no tools developed that would help them hollow out the logs, so they burned out the space they needed.  The fire would be extinguished and shells would be used to scrape away the ashes.  This process continued until the trench in the log was the depth needed.  The area that wasn't to be burned was covered with mud/clay to keep the fire contained where desired.

The Munchkins were on spring break, but there were other schools that were not, and we encountered many of them on a field trip to Jamestown!

The Powhatan were already on this land in 1607 when Jamestown was settled by the English.  The next post will show how the English arrived.  I hope you will follow along.