This is Cinco de Mayo!  No, I don't have something with that kind of flavor.  Instead, this is something that I made over the week-end for an event at church. 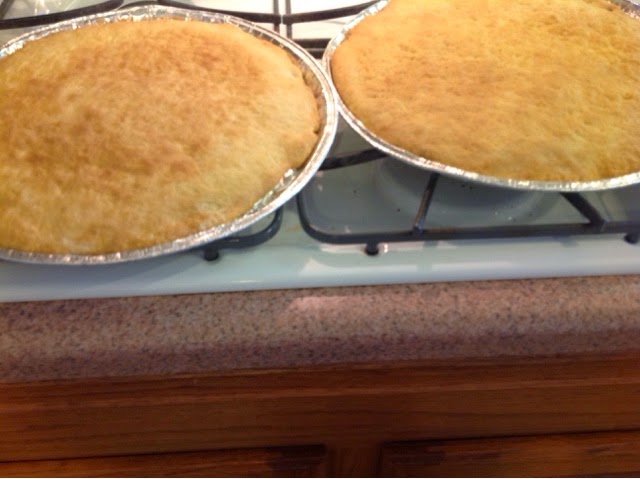 The beginning base is just out of the oven.  I wasn't thinking about pictures when I was doing this. Instead, I was hoping to keep myself on schedule.:-)

Here is the finished product - 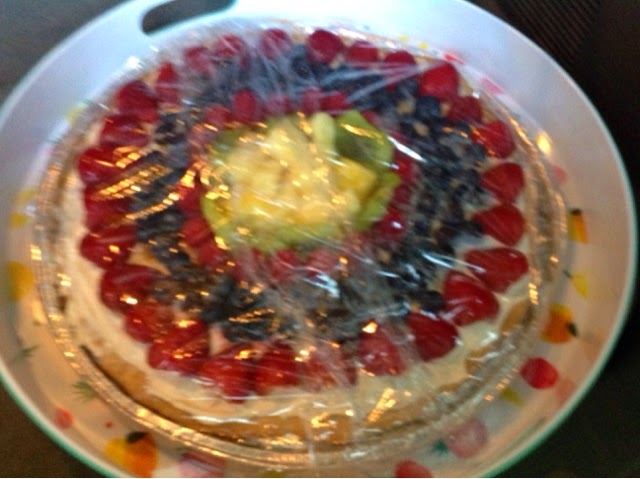 I even forgot to take the picture - until I had already wrapped it and was ready to load it in the car!

This is a version of the ever-popular Fruit Pizza.  I began with my own sugar cookie recipe, though the rolls of sugar cookie dough that are available at the super market are usually what the recipe suggests.
On top of the baked sugar cookie, I brushed some warmed orange marmalade.  After that had set for awhile, I spread a mixture of cream cheese and powdered sugar - about 1/2 cup of sugar per 8-oz. of cream cheese.  The fruit topping can be any combination you like, or it can even be only one kind of fruit.  I did make this the night before, and it was fine, though I wouldn't make it too far ahead of serving time.

The recipe I used made two, and I had one to serve when City Girl and a friend came by as they were returning home from a trip.  It was a good thing to offer them at their "detour."