A number of years ago, when the family was younger, we enjoyed watching “All Creatures Great and Small” on PBS.  We became quite interested in following the story of a Yorkshire (UK) veterinarian, James Herriot.  A side note…we’re enjoying the current version that is shown on our local PBS station during the early part of the year for several weeks…not nearly long enough!

We enjoyed reading the books from which the series was based.  Some years later, I was very excited to discover this children’s book… 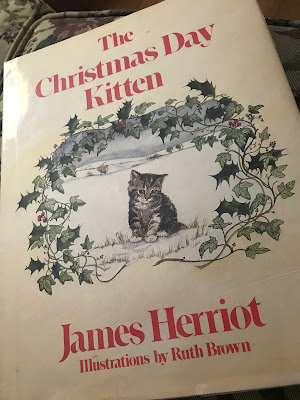 The story of Mrs. Pickering was made quite interesting by the presence of her three Basset hounds and Debbie, a stray cat who came to visit a few times a week. 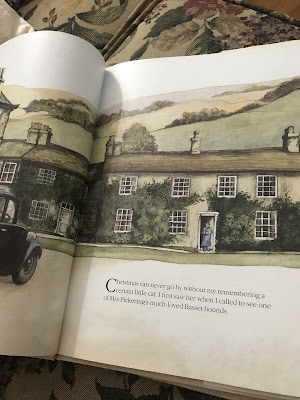 Ruth Brown is the illustrator, and she has drawn some lovely pictures of the English countryside. 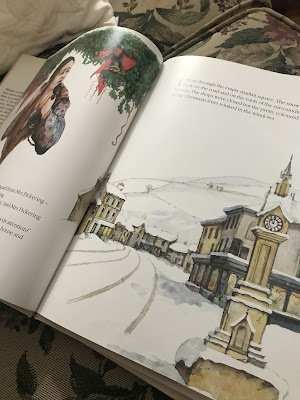 Even the snow-covered town is especially appealing. 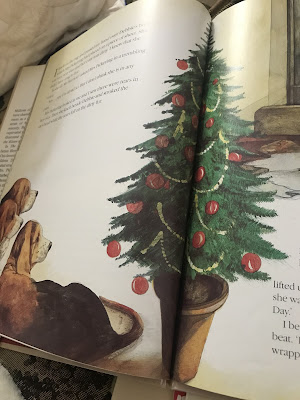 It seems that Mr. Herriot needed to make a call at Mrs. Pickering’s home on Christmas Day.  Debbie was there with a tiny kitten beside her.  It was apparent that Debbie wasn’t well, and she didn’t linger long. 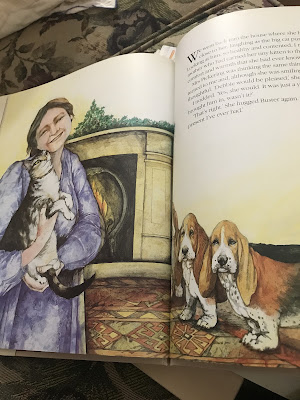 Mrs. Pickering named the kitten Buster, and the book tells of the energy he brought to the household with his efforts to involve those Bassets in his games.  Buster was quite the gift for Christmas!
Speaking of which…as I compose this post, there are sixteen more days left before Christmas Day!  Be merry!