Little Munchkin's birthday wasn't the only celebration of a recent week-end.  The Husband and I celebrated our 46th wedding anniversary as well! 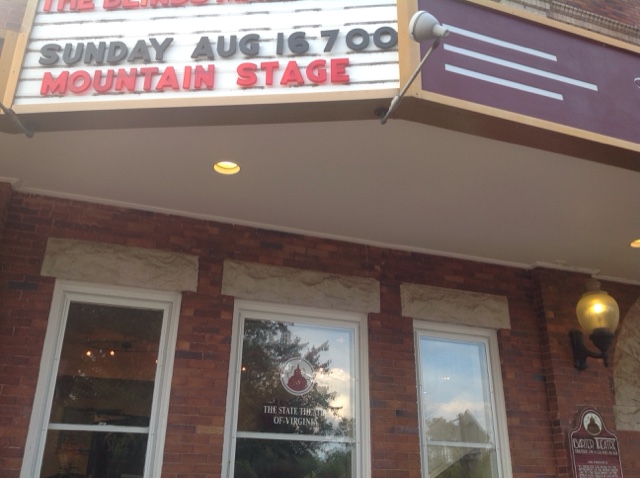 We made a visit to Barter Theater in Abingdon, VA for a Sunday night performance of Mountain Stage with Larry Groce.  Not being regular listeners of NPR, this was a learning experience for us!  The show we saw was actually a taping that will be aired on NPR the second week-end in October.

Guests who performed included Whiskey Gentry, Nellie McCay, Gretchen Peters, JD Souther, and Wayne Henderson.  It was quite an opportunity and a full evening!  You can see on the marquee that the show began at 7:00.  Well, it was 10:00 before it was over! 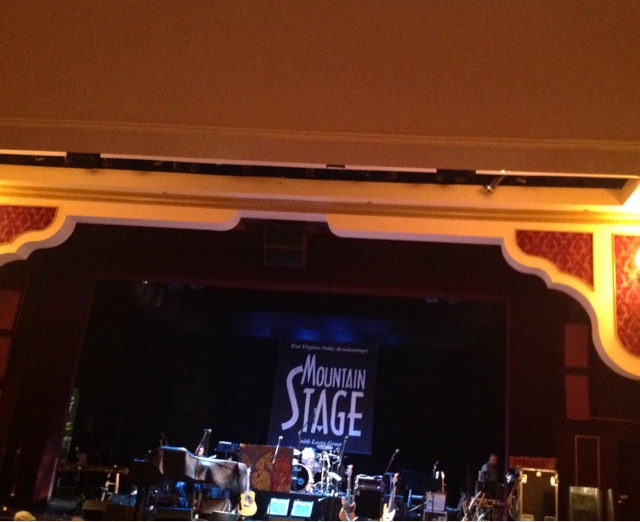 We were given permission to take pictures - without a flash - during the performance; however, this trusty iPad just wouldn't pick up images.:-(  I will be referring to this occasion at some point in the future.  If you are in an area that is served by NPR, and if you are a fan of the type of music for which the artists I mentioned are known, this is a program you won't want to miss!

I may say that JD Souther and Nellie McCay have a new fan!  We were already acquainted with Wayne Henderson, a guitar maker of note, as we have toured his place of business a couple of years ago on a More Than A Vacation trip.  I believe a CD or two came home with us that time and became a treat under the Christmas tree.:-)

Abingdon is a familiar place to visit as I worked and lived there for two years a number of years ago, and there are still friends in the area.  It is really a wonderful area for a trip you might want to consider.

On another note, I am optimistic that we now have a better functioning Internet connection.  We will see.:-)