I mentioned in the last post that last week-end was spent at Lake Junaluska for UMW Leadership Development Days.  Before leaving town I stopped at the gas station.  While filling up, I took this picture.

I have had a couple of pictures of the new fire station on the blog before.  This is how it looked last Friday.  I don't know when they plan to be ready for opening, but it really looks nice!

Because the weather was mild last week-end, it was a good chance to walk around the grounds a little bit.  I took these pictures of the lake. 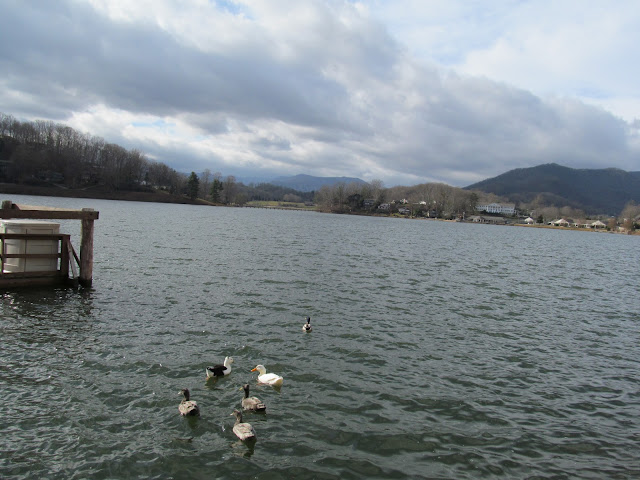 The ducks were anxious to come toward us; however, none of us had any bread to feed them.:-(  I believe they are accustomed to catching some bites of bread!:-)

There were some attractive bushes. 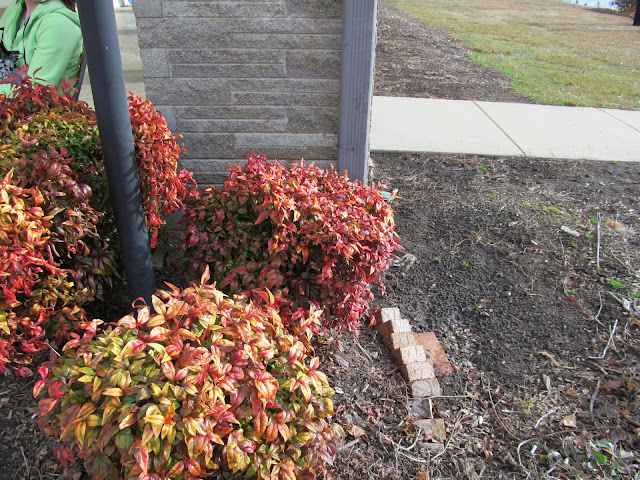 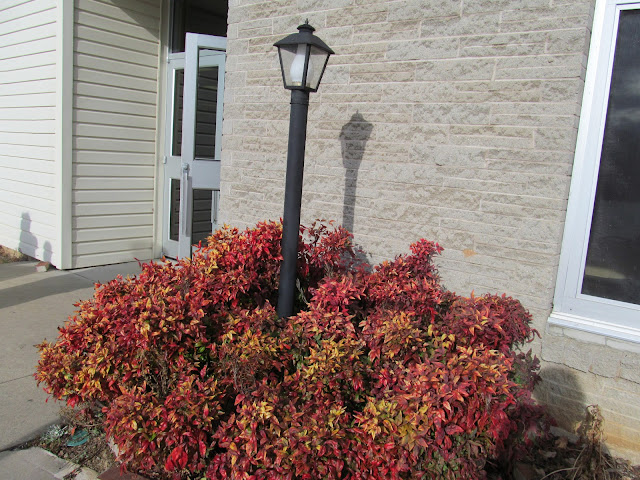 Sometimes, when we are at Lake Junaluska in the spring or early summer, we are fortunate enough to see a mother duck setting on her eggs.  They are usually in the area of the bushes in the top two pictures here.

I hope you are having a good week-end.  I will probably spend a portion of mine continuing to be wary of those features on this computer that caused the first writing of this blog to disappear!:-)

Thank you for reading.  I appreciate your comments.
Posted by Nellie at 6:00 AM