Thursday is here, and our Munchkin the Second has been eight years old an entire week!  We helped her celebrate at her party.

She requested a "Puppies and Kitties" theme, and going along with that was the wish to visit the local animal shelter, taking them some food for the dogs and cats who were there.  She isn't fond of hearing those dogs bark, and there was a lot of that going on at the shelter, so I don't think there was a very long stay there.

Munchomom also honored her request to have both white and chocolate cake. 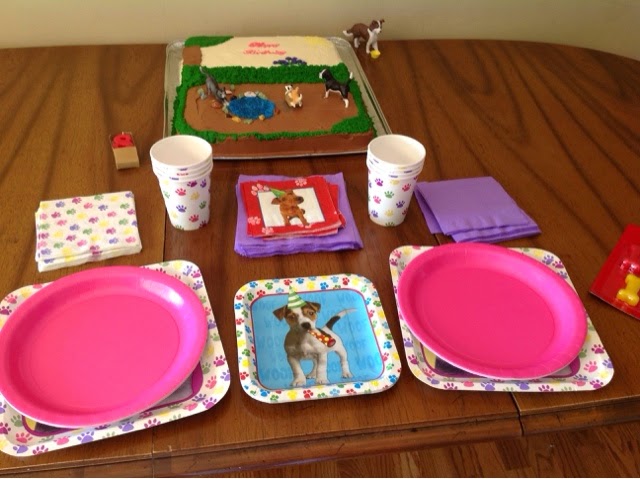 Here is a picture showing the first stage of preparations. 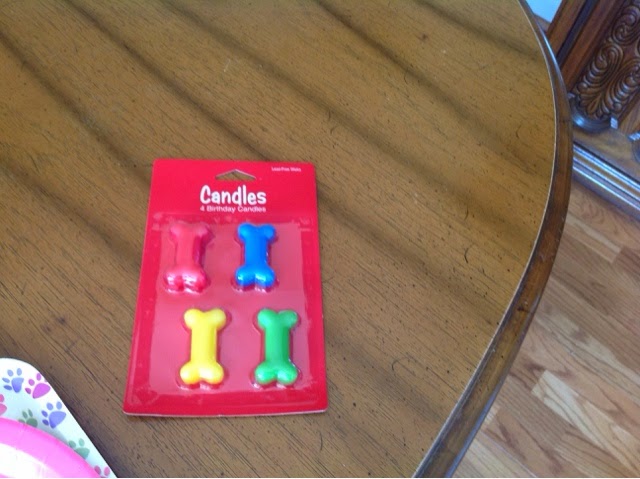 Somewhere these bone-shaped candles were found!  Aren't they cute? 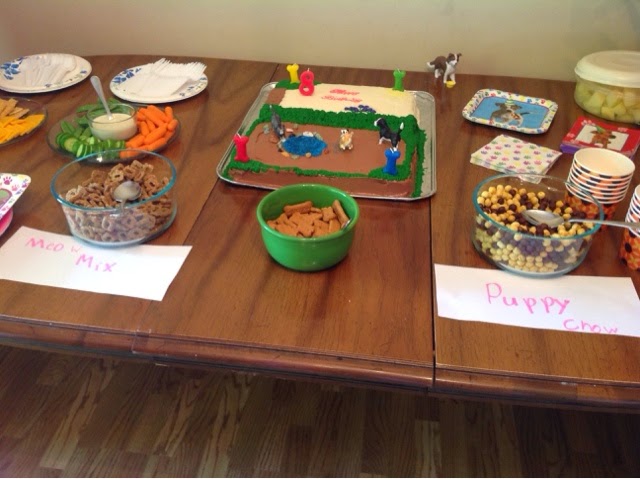 Here is the table ready to serve.  The Meow Mix was Cracklin' Oat Bran cereal, and the Puppy Chow was made with a mix of Cocoa Puffs and Kix.  In the green bowl are Scooby-Doo bones - graham crackers that Munchomom had luckily found in a discount grocery - only one  box! 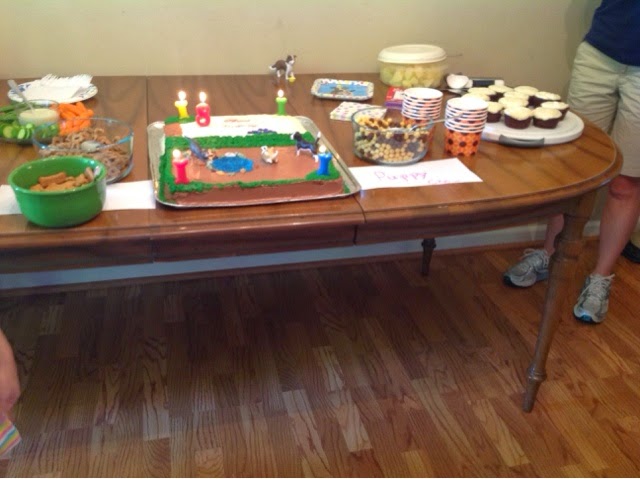 Now, why didn't I get a picture of the amazing loft bed that Machoman built for Munchkin?  Beats me!  You would be amazed!  Munchkin is really enjoying it!

So, the week-end is almost here.  I hope you have some good plans for some relaxing times.