How has March been for you where you are thus far?  I read somewhere that for around here, if we liked February, we would like March as they were expected to be about the same as far as weather is concerned.  Well, we have had record-setting rainfall during February with approximately 10 inches coming within one week.  There has been flooding in several areas, and schools never did resume a regular routine last week.

On a recent neighborhood walk, I took these pictures.... 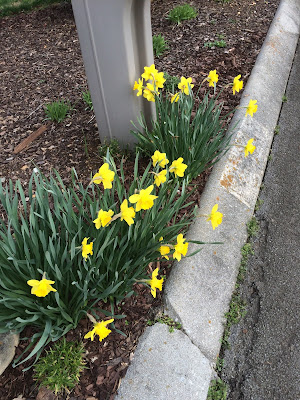 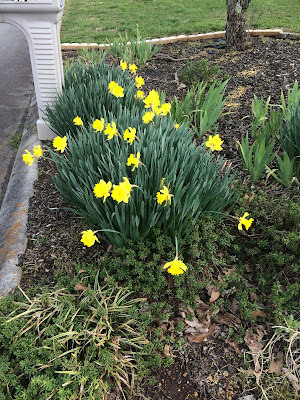 The blooming of daffodils is usually associated with the arrival of spring.  However, we are expecting to have low overnight temperatures into the teens for the next three nights!  I predict some drooping heads on these lovely blooms come Wednesday!

Are you having signs of spring where you are?
Posted by Nellie at 6:00 AM