August is a month that holds no special dates to celebrate already worked into the calendar.  Our family has made great progress in correcting that void! 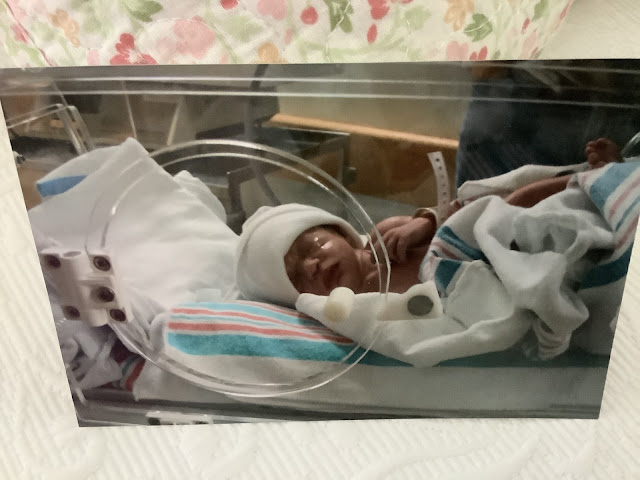 This little Munchkin became fourteen on the 14th!  In a hurry to arrive, she came seven weeks early and spent three weeks in the NICU.  She has grown by leaps and bounds and has now passed her mother in height!  Happy birthday to Munchkin #2!

Earlier, in 1969, The Husband and I created our own special day in August when we became husband and wife on the 16th!  That was the motivation for preparing a special meal for Sunday Lunch. 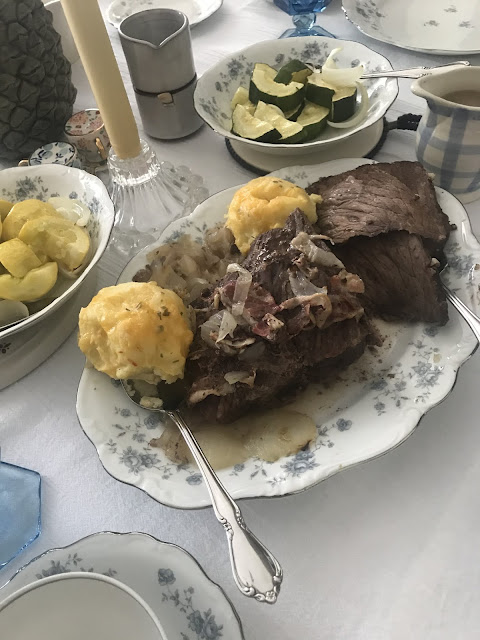 And....yes, that pie survived intact until dessert time on Sunday! 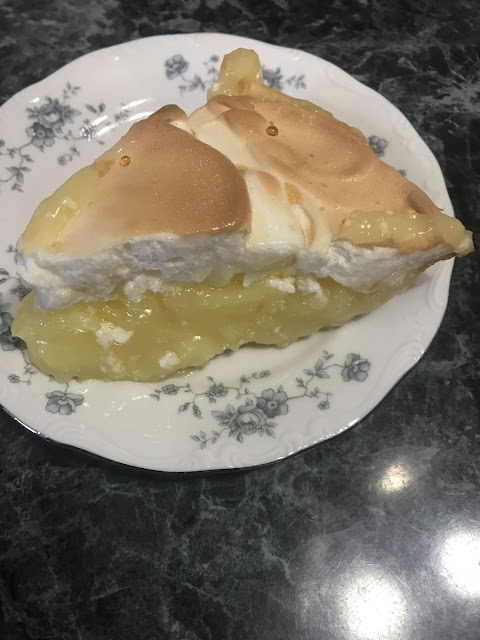 You are probably able to see that the meringue did a bit of  “weeping.”  I have heard that it isn’t a good thing to make meringue on a rainy day.  Well, Saturday was sort of one big rainfall after the other!:-)  It was still a special treat for The Husband!

Someone has wondered what we do with “all that food!”  I’m a real believer in the “cook once, eat twice (or more)” policy.  For instance, the turkey breast from a couple of weeks ago reappeared in a pot pie along with the peas and carrots that were served for lunch that day, and the gravy helped create the sauce.  More of the turkey found its way atop a salad as well as in a sandwich.

When we were dating, we sometimes ate at a place called The Roman Room.  The Husband liked to order a hot roast beef sandwich, so some of Sunday’s leftovers will reappear this week in that form for a memory reminder.  The roasted zucchini will find its way into a favorite vegetable soup!

Be sure to be diligent in following the recommendations for maintaining good health in this pandemic!