....about Bhutan?  Have you heard of the name of this very small country tucked in between India and Tibet in the eastern Himalayas?  There have been efforts in the past to keep the country rather isolated from the rest of the world by limitations on communication from the outside world.

However, the monarchy, in 1999, permitted television to invade the country.  This was one of the reasons many young people opted out of the agrarian lifestyle of their ancestors and were motivated to try for work in other areas - behind a desk with a computer, for one.

In 2006, the king permitted other media to enter the country with the licensing of two private weekly  newspapers, creating another option for the young people who wished to forge a different direction than of their ancestors.

Next came Kuzoo FM radio, designed to be a youth-focused station and originally broadcasting fro an old closet in a government building that housed the youth sports department.

It is into this country that Lisa Napoli travels to give a period of time to this radio station. 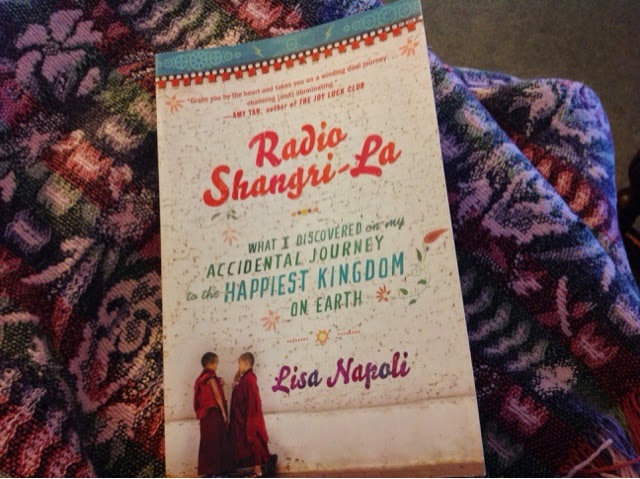 Also from the UMW Reading Program list for 2014, this book is listed in the Education for Mission category.  Using her experiences in Bhutan, Ms. Napoli has written an interesting account of this brief period in her life.  Is Bhutan really the "happiest kingdom on earth?"

It will not be easy to put this book down once you begin to read.  It is one more for me along my path to achieve Plan IV during this year!

Thank you for reading.  I really appreciate your comments.
Posted by Nellie at 5:32 AM